People Without Shoes released their debut "Green Shoe Laces" in 1994 on Rage Records. In 1995 and 1996 they released further vinyl EPs like "Escape The Streets" and "Assassin".

Their full-length album "Thoughts Of An Optimist" dropped also in 1995 but on CD only. It will be re-released in 2016 on CD, cassette tape and possibly on vinyl.

For the collectors the label offers a very limited amount of original vinyl EP pressings (30 copies each only). Having all existing vinyl EPs they deliver all tracks from the 1995 CD album release.

Now its up to you how you prefer to complete your People Without Shoes discography. Get your hands on the original vinyl EPs and/or watch out for the re-release of "Thoughts Of An Optimist". I personally hope for an official vinyl release of the album with unreleased bonus materials. We'll see ... - post to be updated when more information available.

Order: www.5420records.bigcartel.com
Listen to: Thoughts Of An Optimist


My special thanks goes to People Without Shoes, Tempo Opmet, Rage and 5420. All copyrights reserved, posted for promotion use only. 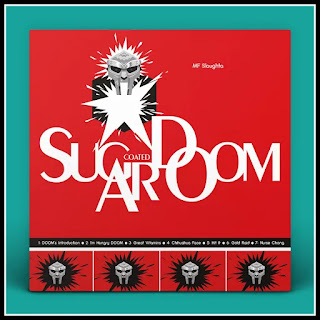 After a challenging year 2020 and the COVID pandemic keeping the world in suspense, the last day of the year had another bad news for all hip hop heads: MF Doom passed away in October.  MF Doom aka Zev Love X  left us an amazing discography with Hip-Hop masterpieces like KMD's Black Bastards (Elektra, 1990), Operation: Doomsday (Fondle 'Em, 1999) and sooo much more.  Metal Face Doom REST IN POWER!  "Sugar Coated Doom" is a project from Glasgow based DJ & producer Krash Slaughta. He manages to put MF Doom in the limelight with his sophisticated beats and makes this album a must have for beat junkies and Doom fans equally.  The 12" is a limited edition release of 250 copies pressed on traditional black vinyl with full colour artwork sleeve.  A: DOOMs Introduction A: I'm Hungry DOOM A: Great Vitamins A: Chihuahua Face A: Hit It A: Gold Raid A: Nurse Chong B: I'm Hungry DOOM (Instrumental) B: Great Vitamins (Instrumental) B: Chihuahua Face (Instrumental) 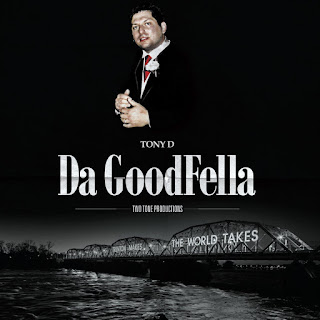 Tony D was one of those super talented producers who strongly inspired the independent hip-hop scene in the 90's and early 2000's but Tony D also got skills on the mic.  In 1990, Tony D signed at 4th & Broadway, one year later forming the "Crusaders For Real Hip Hop". He later worked for Grand Central Records (UK) and founded his own label Cha-Ching Records. In all these years Tony D worked with Poor Righteous Teachers, Scott Lark, YZ and many more.  In 2009 Tony D unfortunately passed away in a car accident. RIP, Tony D, you're legendary !  "Da Goodfella" was recorded in 1996 and features Tony D's lyrics and beat production. The album wasn't fully completed but his family kindly gave access to this archived material. Obvious that the album cover was inspired by his favorite movie ... For the first time on vinyl "Da GoodFella" is limited to 350 copies.  A: Grand Opening  A: Return Of DA Red Eye  A: My Conclusion B: Raw For DA 96 (Rh 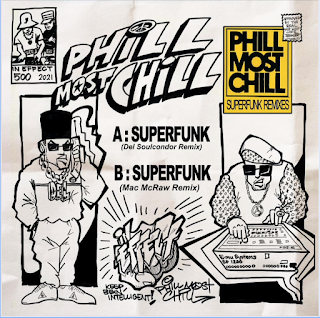 F-U-C-K CANCER  and still the very best to  DEL the SOULCONDOR  for his recovery !!!  The 2nd release on Soulcondor Slices features the legendary and incredible Phill Most Chill with two remixes of "Superfunk" pressed on 7" vinyl.  The a-side is produced by Del Soulconder himself and for the b-side he got the great Mac McRaw on the beat machines.  Housed in picture sleeve with another brilliant artwork from Phill Most Chill this is a must for every late 80s to mid 90s head. Get in contact with Del and reserve your copy NOW.  Pre-Order: contact Del Soulcondor on  Twitter  or  Instagram and for more:  https://gf.me/u/y2fsq5 My special thanks goes to Del, PMC and MacMcRaw. All copyrights reserved, posted for promotion use only.